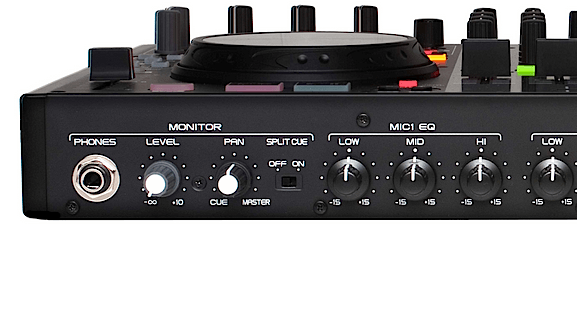 There are two types of Cueing when your DJing, Split Cue and Stereo Cuing.

Stereo Cuing is the standard these days as most controllers have this as the only option. The following controllers still have Split Cue available (2017):

Unfortunately it’s fallen out of favour as it’s easier to mix using stereo that to us Split Cue.

The difference with stereo cue is that both the Main Output mix and the Cue Channel are both mixed in both headphones (left and right) at the same time.
This makes it easier for beginners as your brain doesnt need to distinguish between both sides and match them up using your brain (basically), you can DJ with one headphone (or the old school mono-headphones).

I prefer Slit-Cue for a few reasons:

Reasons not to Split Cue:

I always recommend that EVERYONE learns how to mono-split, once you can do it I find most people never go back again.

Unfortunately it costs a few dollars more to add a split cue function to mixers and so you will need to find a work around or software fix to get split cue working on your controller or low end mixing desk.
I’m eternally frustrated by Pioneer that they only offer Stereo Cue on their controllers, which are generally brilliant in every other way, which is why I’m still using their DJM900 Nexus mixer, I would recommend that if you’re starting out then you should try and get a mixer/controller with split cue too. It will make you a better DJ, save your hearing AND give you more control over your mixing if you’re not afraid to put some extra practice hours in!